Professional CS:GO players will play for a free Belarus – in the name of fair-play rules #PlayForBelarus 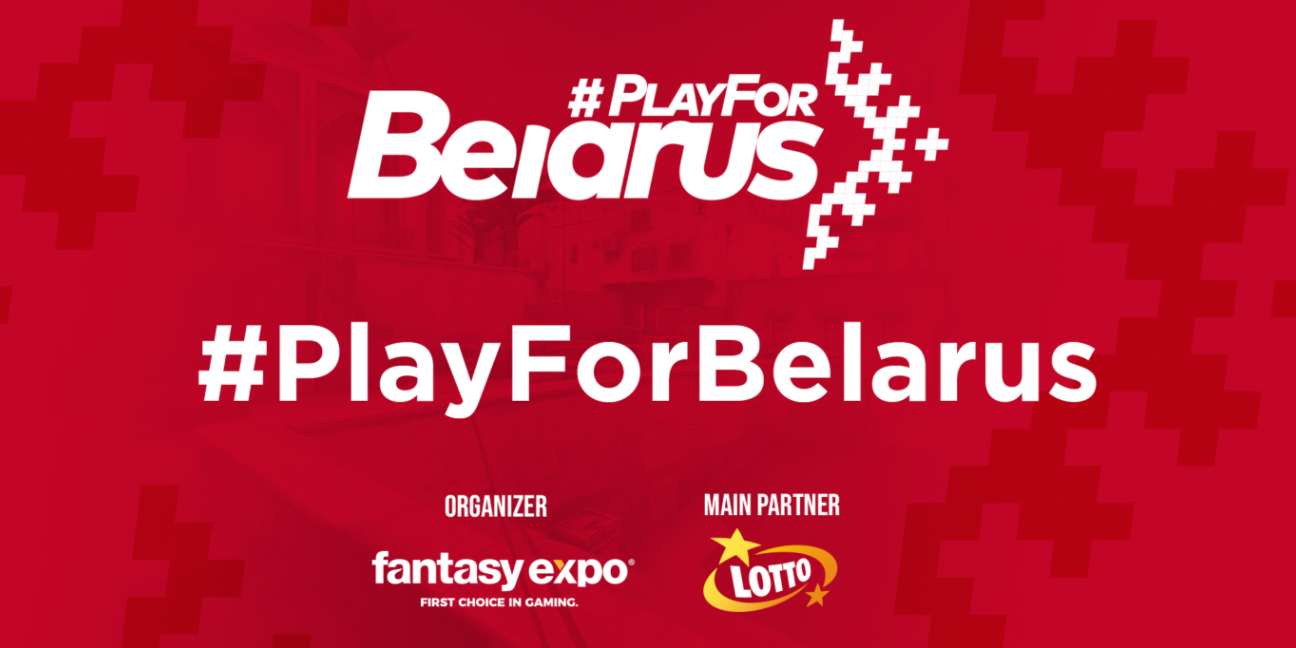 Professional CS:GO players will play for a free Belarus – in the name of fair-play rules #PlayForBelarus

Today, on 15th of September, we will celebrate International Democracy Day, in an act of solidarity, all esports Europe will play for a free Belarus – in the name of fair-play rules! On 21st of September, at International World Peace Day there will be a tournament in Counter-Strike: Global Offensive, which will be attended by teams from Europe.

#PlayForBelarus is a grassroots initiative of the esports community, which in a gesture of solidarity with the Belarusian people, joins to play in a charity tournament. The tournament will be attended by eight European teams representing the principles of healthy competition, in which mutual respect and fair-play principles are paramount values.

The #PlayForBelarus tournament will be accompanied by a charity fundraiser for the Belarusian House Foundation, which has been supporting democracy and human rights and the development of civil society in Belarus for many years. All information and redirection to the contribution can be found at playforbelarus.eu.

The broadcast of #PlayForBelarus tournament will be carried out in different languages, so that interested viewers from all over Europe can support the contribution. The prize pool for the tournament is 150,000 PLN. 50,000 zlotys of this sum will directly fund the collection for the Belarusian House Foundation. The remaining 100,000 zlotys will be played by the invited teams, of which the top four will be awarded. Information about the teams that will participate  in the tournament will be announced next Thursday at 17.09.

The initiative will also be supported by popular influencers associated with esports, gaming and those who do not remain indifferent to the fate of the Belarusian people. Piotr “izak” Skowyrski, Jarosław “pashaBiceps” Jarząbkowski, Paweł “Saju” Pawelczak, Michał “MICHU” Muller, Damian ‘Nervarien’ Ziaja and Krzysztof Golonka from “The Train with Krzych” channel have already announced their support for the action.

ORGANIZER:
Fantasyexpo gaming agency, which has been in place since 2014, specializes in unconventional gaming projects. Experience gained over the years, as well as your own resources, strategies and proven tools help to achieve the desired goal in a creative and distinctive way in the market. Fantasyexpo are made up of enthusiasts of games and esports with a passion for creating ambitious and large realizations. The Agency supports various charitable activities such as Noble Pack, Game Pack and DKMS Foundation.
PARTNERS:
Totalizator Sportowy, owner of LOTTO brand, has been operating continuously on the lottery market in Poland for almost 65 years. It offers its customers number games and cash lotteries available at more than 18,000 points of sale and lotto.pl. The company is not only one of the main patrons of Polish sport, but also of esports, being, among others, the Titular Partner of the Professional Division and the Main Partner of the Polish Esports League.
The Belarusian House Foundation supports efforts for democracy and respect for human rights and the development of civil society in Belarus. The association brings together the communities of many Belarusian opposition organisations and supports local civic initiatives and independent media.