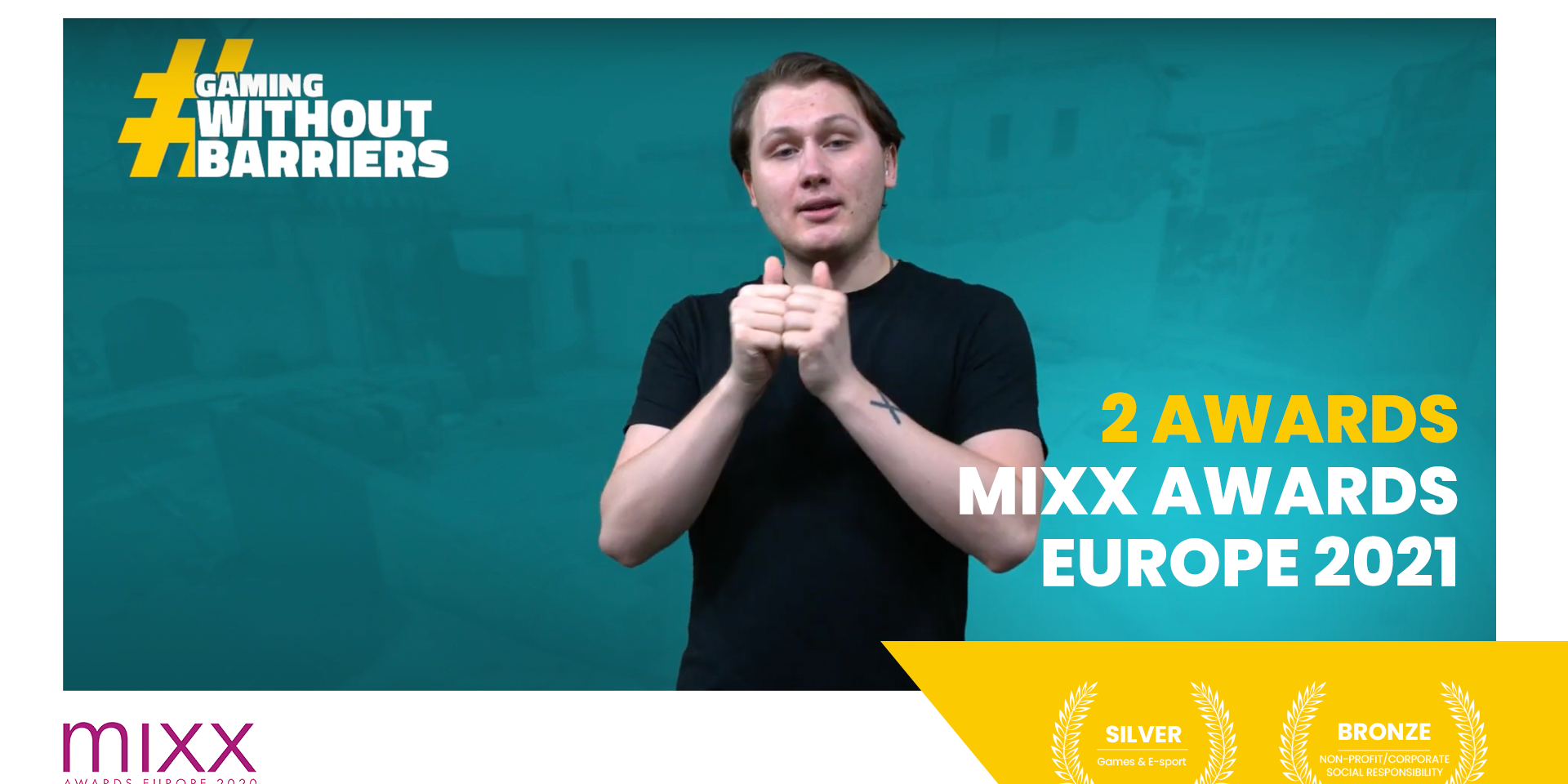 The #GamingWithoutBarriers campaign, created by Fantasyexpo and the Polish Esports League, won a silver statuette in the Games/E-Sport category at the international competition MIXX Awards Europe 2021 and a bronze statuette in the Non-Profit/Corporate Social Responsibility category. The project’s innovation consisted in creating the first Polish gaming dictionary for the deaf in CS:GO and organizing the world’s first esports broadcast, translated live into sign language.

The main goals of the Fantasyexpo gaming agency and the Polish Esports League were to create the first gaming dictionary of Polish sign language and thus eliminate barriers to the full reception of an esports match for deaf people. For the purposes of the project, 19 characters were translated or created from scratch to describe the terminology of the CS:GO game. All this was presented in the form of a video with signs and subtitles.

In addition, a series of GIFs has been created that can easily build communication and educate about gaming gestures.

The dictionary premiered during the finals of the Championship Division of the Polish Esports League. The three interpreters accompanied the commentators in the studio to not only translate the course of the action into sign language, but also to show live emotions that are extremely important in esport. It was the world’s first esports broadcast translated live into sign language. Its course could be followed on Twitch and on the Polsat Games channel.

It started with “Let’s do something for the deaf” – says Bartosz Wilczek, Head of Esports, Fantasyexpo – the originator of the project. I believe that esports should be accessible to everyone – no exclusions whatsoever! I am very happy that I met people who believed in this idea and helped me implement the #GamingWithoutBarriers project. I dedicate this award to all players – let’s overcome all barriers together!

According to research, there are about 1 million people in Poland with hearing problems or complete loss of hearing, i.e. the sense considered by many to be the basis in everyday life. The problem of deafness digitally excludes many fans of this discipline and the commentary is an inseparable part of every sports or esports show. Commentators provide additional emotions, set the pace of the show and diversify the game significantly. However, there are those who are unable to hear that voice and would also like to feel that extra thrill. Therefore, with them in mind, the first Polish gaming sign language dictionary dedicated to Counter-Strike: Global Offensive was created.

Fantasyexpo has become a strategic business partner of PGL
May 20, 2021
Go to Top