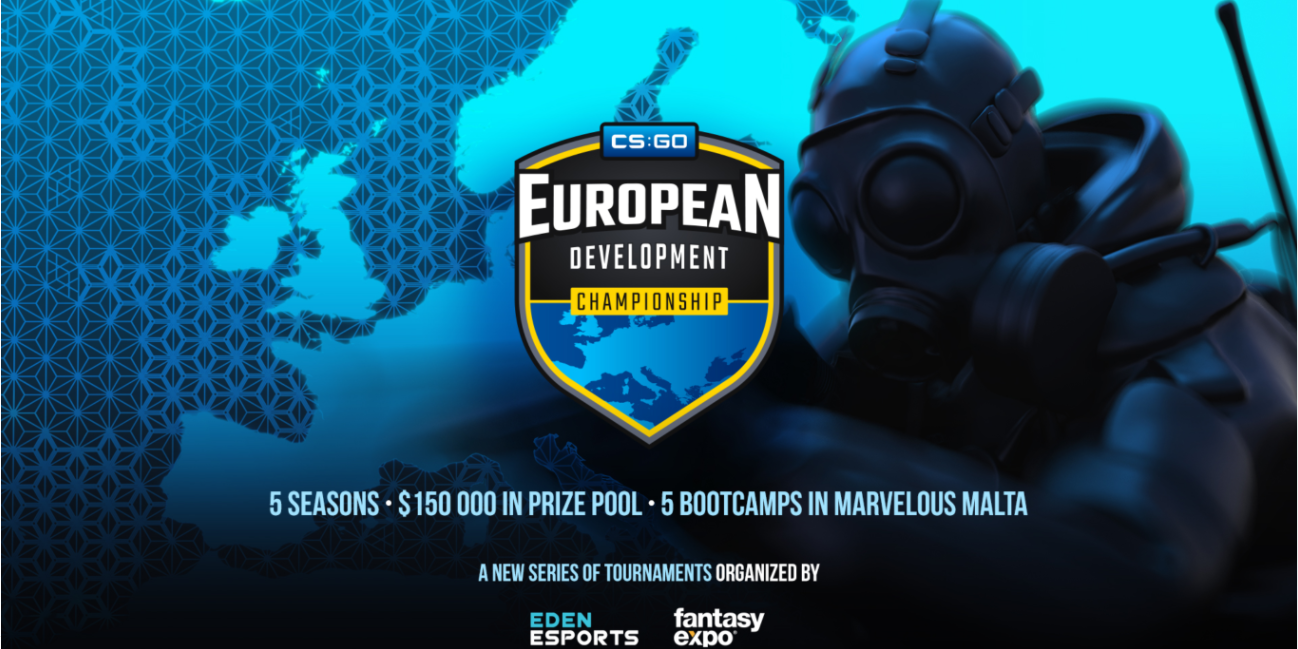 The European Development Championship is a new series of tournaments aimed  at all teams from the European region. The total prize pool for all five seasons will be $150,000.

EDC (European Development Championship) is a series of online tournaments organized by Eden Esports and the gaming agency Fantasyexpo. The first edition of this event will feature five tournaments with a total prize pool of $150,000.

Sixteen teams will perform each season. The organizers, wanting to reach the widest possible group of viewers, decided to use an innovative system of invitations. Entities from different regions, by purchasing the rights to broadcast the event, also get the right to slots  in the competition and according to their preferences, they can invite selected teams   or conduct a qualifying tournament on their own. This solution is to support local broadcasts in individual regions, thanks to viewers who want to follow representatives of their country.

‘Tournament on such a scale is one of the largest esports projects in the hands of Fantasyexpo. I am very glad that the experience gathered scene has once again lead us to create an event for teams from Europe and the CIS region. I guarantee that the Fantasyexpo team, in cooperation with Eden Esports, will make every effort to satisfy viewers following the European Development Championship.’

‘The launch of the European Development Championship is a consequence of the long dominance of a number of countries with strongest teams that leaves fans from many nations with no possibility to follow their local teams on a regular basis.

We believe that through partnerships and slots dedicated to regional representatives we can start changing the situation for the better.’

The first season of the European Development Championship will start on November 30. The open qualifiers are scheduled for November 14–15 and 21–22, while the Wild Card will be played on November 27–29.

The winners of each season, in addition to the cash prize, will have the opportunity  to undergo a bootcamp at the five-star InterContinental hotel in Malta. The prize distribution is as follows:

The teams that will perform in the season of the European Development Championship will  be announced immediately before each phase — Wild Card and Main Championship.

Fantasyexpo is a leading european gaming agency. Effective project implementation consistent with our partners’ and viewers’ needs is our motto. Our experience, developed strategies and proven tools help us achieve goals in a way that stands out on the market. Fantasyexpo team consist of people who are passionate about gaming and esport who enjoy ambitious projects. We seek new trends and we know what players need. Working with media and influencers is a daily part of our work.
Eden Esports is a Malta-based esports organization founded in 2017 by the Eden Leisure Group, an entertainment and hospitality leader in the country. Eden Esports organize online and offline international esports competitions with the most known titles such as SuperNova Malta 2018, Champions Cup 2019, and Malta Vibes 2020, featuring high prize pools and top teams. Eden Esports goal is to make Malta one of the esports hubs through hosting events, live streaming, and relocating businesses from the industry to the island.