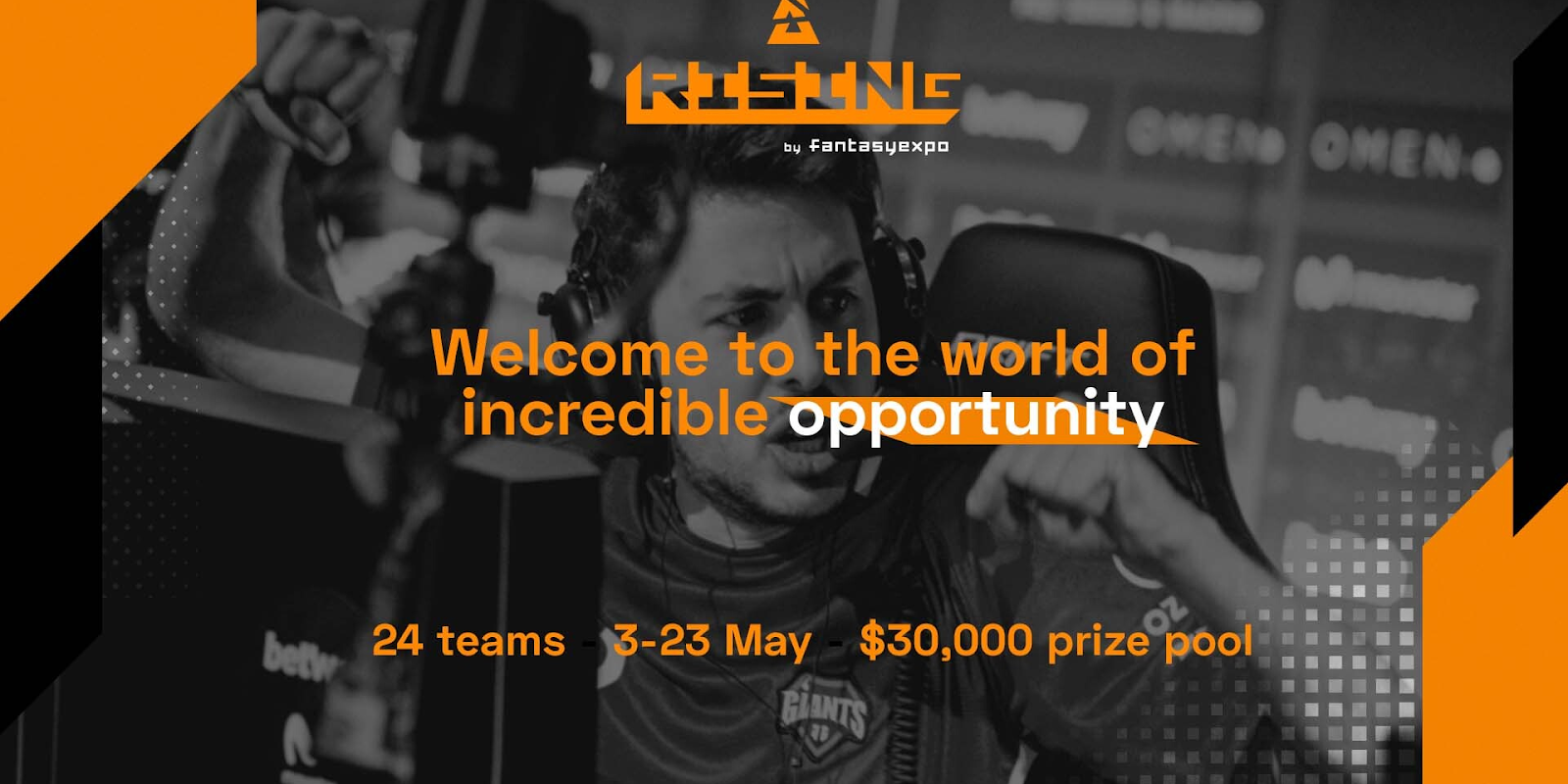 Online tournament to take place in May giving lower ranked teams a chance to shine and compete for $30,000 prize pool

BLAST Rising returns next month (3-23 May) after making its debut last year and will give up-and-coming CS:GO teams outside the world’s elite a chance to compete for a $30,000 prize pool.

The online tournament will expand to feature 24 teams from across Europe competing in 52 BO3s – meaning viewers will have 18 days and approximately 150+ hours of action to sink their teeth into.

Produced by leading esports company Fantasyexpo, a BLAST Premier licensee of Polish broadcast rights. The tournament is part of BLAST’s commitment to creating a sustainable esports ecosystem that provides opportunities for a wide range of organisations – and mirrors BLAST Premier’s attempts to offer a global qualifying circuit and route into their main events in 2021.

Andrew Haworth, Commissioner for BLAST Premier and Director of Operations & Production for BLAST, said: “We are thrilled to be able to bring BLAST Rising back for a second year and offer teams outside of the world’s elite an opportunity to impress. Being able to broaden the CS:GO landscape to a wide range of teams and help create a sustainable ecosystem is something that is hugely important to us at BLAST.

“Last year’s inaugural BLAST Rising highlighted what the event can bring to the scene and the springboard it can offer teams. We saw Endpoint narrowly lose in the final and use this success to go on to compete in last year’s BLAST Premier Fall Showdown and this week’s Spring Showdown after impressive performances in our qualifying events.”

Krzysztof Stypułkowski, Co-Founder of Fantasyexpo, said: “Last year’s BLAST Rising was an amazing experience for us. We learned a lot from the first event, and as a result we’ve made improvements and expanded the format for this year’s event. We know how important the BLAST Rising is for the Counter-Strike ecosystem, and we’re happy to once again contribute directly to the scene.”

Last year’s BLAST Rising saw 16 teams compete for a combined prize pool of $30,000, with HAVU Gaming beating Endpoint in the final 2-1. This year’s teams and talent will be announced in the coming weeks. The format will consist of six groups, with 16 teams going on to compete in the playoffs in a single elimination B03.

BLAST Rising will be broadcast on twitch.tv/BLASTtv and youtube.com/BLASTRising. In addition, the tournament will be broadcast across a wide range of streamers, so it can also support the next generation of global casting talent.

For more information please contact Joe Lovelace on email: joe@blast.tv or press@blast.tv or via phone: 07779602441

BLAST is a global esports media network delivering world-class entertainment experiences. In 2020, BLAST saw over 146 million views and 1.5 billion minutes of content consumed across its platforms while expanding its product offering to bring over 500 hours of world-class esports to fans in multiple formats including popular titles CS:GO, VALORANT and DOTA 2. The esports entertainment company has over 1 million subscribers and followers and is enjoyed in over 150 territories. BLAST creates new technology, production, content and platforms in partnership with leading brands, broadcasters and communities across the globe.

Fantasyexpo is a leading European gaming agency. Effective project implementation consistent with our partners’ and viewers’ needs is our motto. Our experience, developed strategies and proven tools help us achieve goals in a way that stands out on the market. Fantasyexpo team consist of people who are passionate about gaming and esport who enjoy ambitious projects. We seek new trends and we know what players need. Working with media and influencers is a daily part of our work.